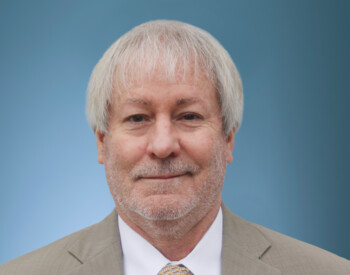 Randy Pate is administration and compliance manager for the U.S. Department of Energy’s National Carbon Capture Center. Located in Wilsonville, Alabama, and managed and operated by Southern Company, the center serves as a neutral test facility for the development of advanced technologies for carbon capture from fossil-based power generation, as well as carbon utilization and direct air capture.

As administration and compliance manager, Pate serves as the primary compliance officer for the National Carbon Capture Center. He has direct supervisory responsibility for the project’s environmental, health and safety, information technology, technical writing, document control, and administrative support personnel, including accounting, contracts and procurement, property and facilities management, and site security.

In 1997, he joined the National Carbon Capture Center, where he supervised daily operations activities, including technology commissioning and startup. He later served as contracts and compliance specialist and then compliance supervisor, before being named to his current role in 2016.

Prior to working for Southern Company, Pate was an accident investigator at Andrew H. Payne Consulting Engineering and an instructor at the University of Alabama at Birmingham (UAB).

Pate holds a bachelor’s degree in electrical engineering from the University of Alabama at Birmingham and a juris doctor degree from the Birmingham School of Law.