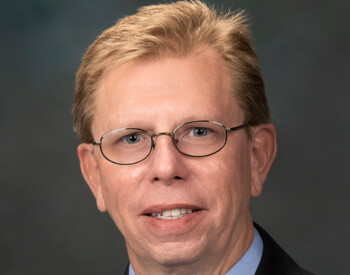 Barry Shirley is the project engineering manager at the National Carbon Capture Center, a U.S. Department of Energy-sponsored research facility managed and operated by Southern Company. Located in Wilsonville, Alabama, the center is an internationally known test facility working to accelerate the development and commercialization of advanced technologies to reduce greenhouse gas emissions from fossil-based power generation, and to advance carbon utilization and direct air capture technologies.

As project engineering manager, Shirley oversees an experienced team of project managers who are responsible for the execution and management of technology developer and infrastructure projects at the National Carbon Capture Center. The group also provides project management support for government projects executed by Southern Company research and development.

Prior to joining Southern Company, Shirley worked for eight years as an application engineer at a manufacturer of large industrial equipment, with responsibilities for cost estimates and proposals as well as project management responsibilities throughout the design, manufacturing and installation phases of projects.  Shirley holds a bachelor’s degree in mechanical engineering from the University of Alabama at Birmingham and is a registered professional engineer.