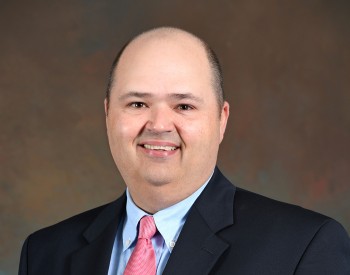 Doug McCarty is the process and design engineering manager at the National Carbon Capture Center, a U.S. Department of Energy-sponsored research facility managed and operated by Southern Company. Located in Wilsonville, Alabama, the center is an internationally known test facility working to accelerate the development and commercialization of advanced technologies to reduce greenhouse gas emissions from fossil-based power generation, and to advance carbon utilization and direct air capture technologies.

Prior to beginning his career with Southern Company, McCarty worked for Weyerhaeuser Company in various engineering, operations and general management roles in the pulp, paper and packaging businesses. In 2012, he joined the National Carbon Capture Center, serving in several roles of increasing responsibility, including principal engineer and process engineering supervisor. He was appointed process and design engineering manager in 2017.

McCarty holds a bachelor’s degree in chemical engineering from the University of South Alabama and a master’s degree in safety and engineering management from University of Alabama at Birmingham. He has authored and presented a number of papers addressing progress in carbon capture and coal gasification at technical conferences.